Created from a 5,000 year old alchemical formulae prepared by the ancient Siddhas, the Navapashanam is believed to have the energies that can help eradicate human sufferings from unforeseen diseases.

The world ‘Nava’ means ‘9’ and “Pashanam” means ‘poison’ -thus, means the amalgamation of the 9 poisons into a powerful medicinal cure created using secret tantric processes. It is known to heal skin diseases, all types of cancer, cleanse the kidney,liver and pancreas, remove all defects of the 9 planets (Navagraha), opens the chakras for enhanced spiritual awakening, removes all forms of black magic and according to the Goraksha Sanhita (13th Century Text in Hatha Yoga) it is used to remove ‘Mangal Dosha’ (the ill effects of planet Mars on marriages), Pitru Dosha (Ancestral Curses), and Kaal Sarp Dosha (the negative impact of the 7 planets on the persons life). 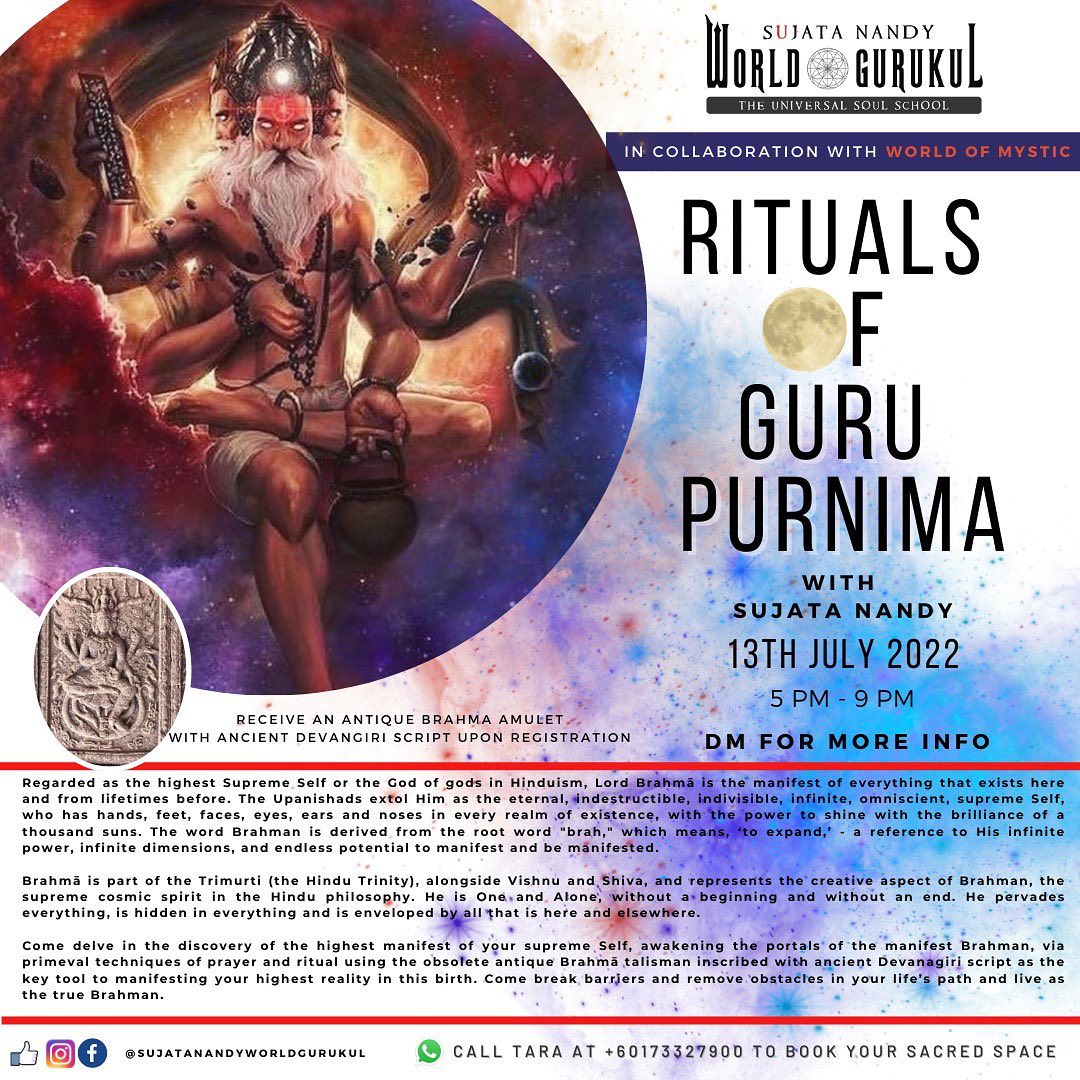 Regarded as the highest Supreme Self or the God of gods in Hinduism, Lord Brahmā is the manifest of everything that exists here and from lifetimes before. The Upanishads extol Him as the eternal, indestructible, indivisible, infinite, omniscient, supreme Self, who has hands, feet, faces, eyes, ears and noses in every realm of existence, with the power to shine with the brilliance of a thousand suns. The word Brahman is derived from the root word “brah,” which means, ‘to expand,’ – a reference to His infinite power, infinite dimensions, and endless potential to manifest and be manifested.

Brahmā is part of the Trimurti (the Hindu Trinity), alongside Vishnu and Shiva, and represents the creative aspect of Brahman, the supreme cosmic spirit in the Hindu philosophy. He is One and Alone, without a beginning and without an end. He pervades everything, is hidden in everything and is enveloped by all that is here and elsewhere.

Come delve in the discovery of the highest manifest of your supreme Self, awakening the portals of the manifest Brahman, via primeval techniques of prayer and ritual using the obsolete antique Brahmā talisman inscribed with ancient Devanagiri script as the key tool to manifesting your highest reality in this birth. Come break barriers and remove obstacles in your life’s path and live as the true Brahman. 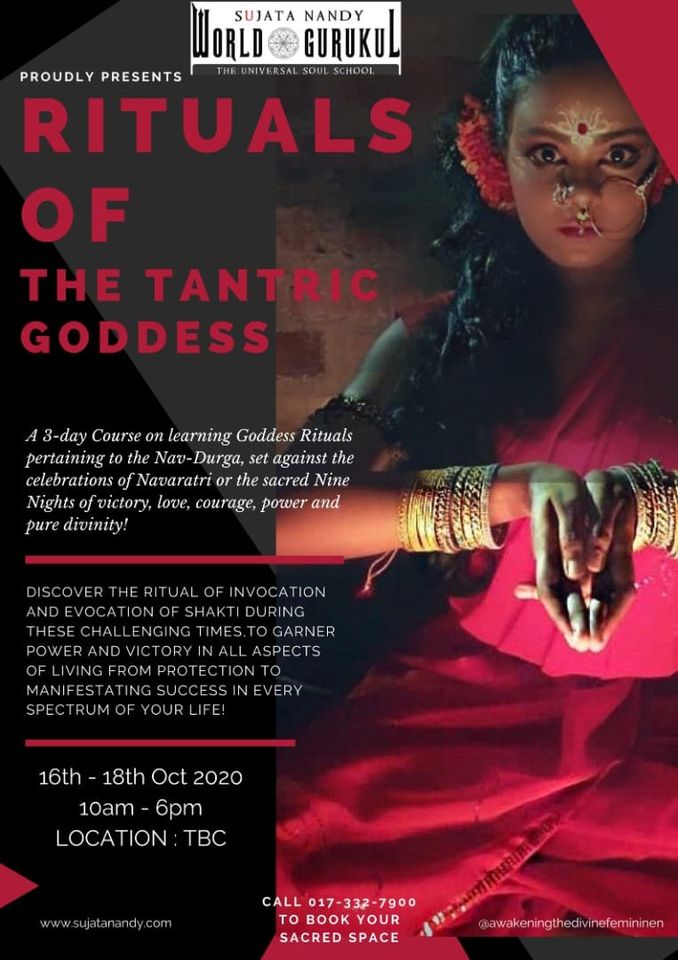 RITUALS OF THE TANTRIC GODDESS

A 3-day course on learning Goddess rituals pertaining to the Nav-Durga (9 Forms of Goddess Durga), set against the celebration of Navarathri or the sacred 9 Nights of victory, love, courage, power and pure divinity.

Discover the Shakti within and unleash your hidden potential. Discover How To Revitalise The Yoni With Turmeric

Join us in discovering the power of turmeric and its benefits on yoni health!

Sign up HERE and choose the date of the event “1st October 2020” on the registration page.

Hey there! Need someone to talk? Let's connect and discuss your ascension in your spiritual path. Reach out today, we are waiting to talk with you.